Trusted by Canadians for over 45 years!

The Speed Of Your Printer Can Matter

There was a time when just getting a printed page from computer output was seen as a fantastic feat and how long it took to do so really was okay as long as it happened.  The glory dark ages of printing and computer generated output are long over and today people expect almost instant output when they hit the print button. 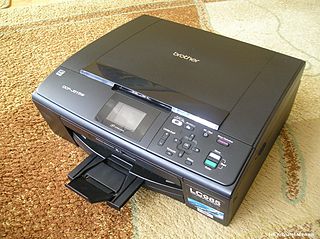 As anyone who is looking for a multifunction printer (MFP) knows there are hundreds of options you could choose from.  Of course not all of them will be in your particular budget so that is one tool for narrowing your choices but there are also other considerations which you must think about.

Reports are coming in that many older functioning MFPs from virtually every brand are having difficulty with SMB scanning due to an upgrade that Microsoft has released which affects the older versions of SMB (V0 & V1).  The upgrade corrects a security problem which is a good thing but for networked MFPs from Kyocera, Ricoh, Konica Minolta, Canon, Toshiba, Sharp, Samsung and other brands, it can interfere with the functioning of their scanning operations. 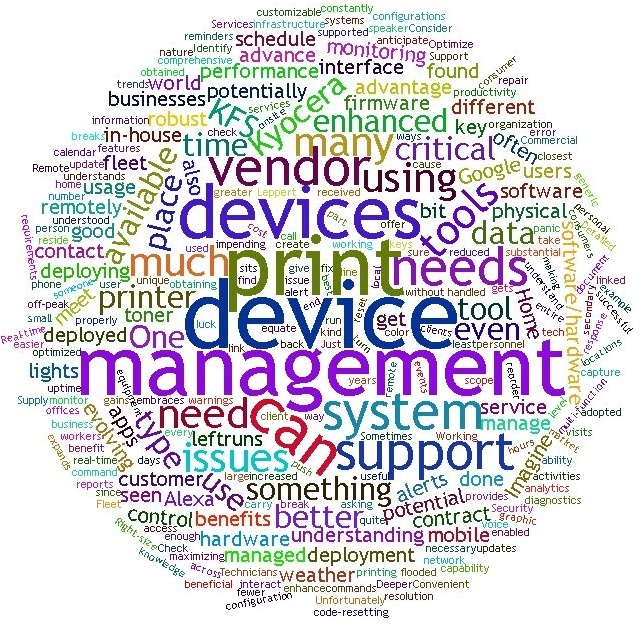 The consumer market is flooded with tools to enhance personal tech performance through hardware and software tools.  In these days of Alexa and Google Home there are many ways that consumers interact with physical devices using apps and voice commands.  Check the weather, turn on and off lights, schedule events in your calendar and get reminders on critical activities all through your mobile device or a small speaker system in your home.

MFP Service And Maintenance Are Different

What is the difference?  Answer: Who does the work.

Time To End Your Fax Machine

When first invented and popularized fax machines were seen as a wondrous invention.  After all being able to send a piece of paper or even a whole document to someone in another office or even across the world over a phone line was pretty different than the norm at the time.

Growth In Mobile Use Adds To Printing

Most people know that mobile access to the Internet has been a major growth area of technology since the advent of smart phones.  Of course much of this is accessing and posting to various hot social media sites, like Facebook, Instagram, twitter, etc. One of the infrequent tasks that every organization faces at  some point is buying or leasing a new print device.  Often someone just says, 'order one like the one we have now".  Of course since print devices tend to last for some time the one you have now may no longer be in the market and it may not really be the right fit for your current needs.  Here are a few of the key decisions you need to consider BEFORE you place that order. Just about a month ago HP and Samsung announced a deal that will see HP acquiring Samsung's printer business which is said to be about $1.8 billion US annually.  It appears that after many years producing print products as an OEM supplier and then a few years doing so under its own name Samsung has decided that it should focus on other aspects of its electronic industry.

In the announcement HP has said this is the largest print related purchase that it has ever made.

HP has long used Canon engines for many of its laser printers and with this deal it gains the potential to move much of its engine production and R&D to the Samsung based designs.

I observe that it is only a few years that Samsung has been producing and selling its own brand of A3 (traditional 11 x 17 copier sized) products and it may be access to this area is one of the keys for HP.  Over the past ten years or so HP has struggled trying to find a fit with multifunction printer devices under its brand which can take control of the office print market like they have successfully done with their laser printer models which are primarily A4 (letter/legal) sized.

By acquiring Samsung they instantly obtain a recognized set of full bore A3 office multifunction devices in both colour and mono which can be branded HP and could complement other units in their offerings.  For those dealers which have been selling Samsung equipment it presents a bit of a challenge, but not one they will not have handled before.  Potentially they may have a broader set of options presented as HP fills out the line.  For most they will be dual branded and will have another line to use to fulfill customer needs.

This acquisition is just another step in a steady shift in the print market as the volume of paper changes and the moves to a more electronic or digital document world continue.

Konica Minolta was created through the merger of two separate brands in 2003.  Ricoh has built up its operations through a string of brand purchases over the years, Ricoh acquired Savin, Gestetner, Lanier, Rex-Rotary, Monroe, Nashuatec, IKON and most recently IBM Printing Systems Division / Infoprint Solutions Company.

If you need to improve productivity and find a simple way to Scan to your PC, Mac locally or in Cloud Apps like Microsoft 365 (Office 365) OneDrive, Google Drive, Dropbox or others, then this could be the App you have been looking for.

Most modern MFPs (multi-function printers) include the capability of basic network scanning in their setup. Using simple scan to email, or scan to folder systems, they make it possible for users to send and convert paper documents to images like PDF format. This capability provides many benefits to your users in the 'war on paper' but still leads to manual steps for filing or renaming, making the systems not as efficient for frequent work.

This blog discusses ways to optimize and improve the management and production of documents used in your business.

Business documents and their content - whether paper or electronic, are the repository of corporate knowledge which underpins all of the functions of commerce. Using them well can have a significant impact on your success. 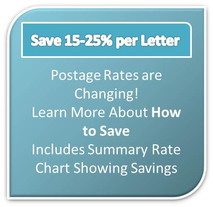